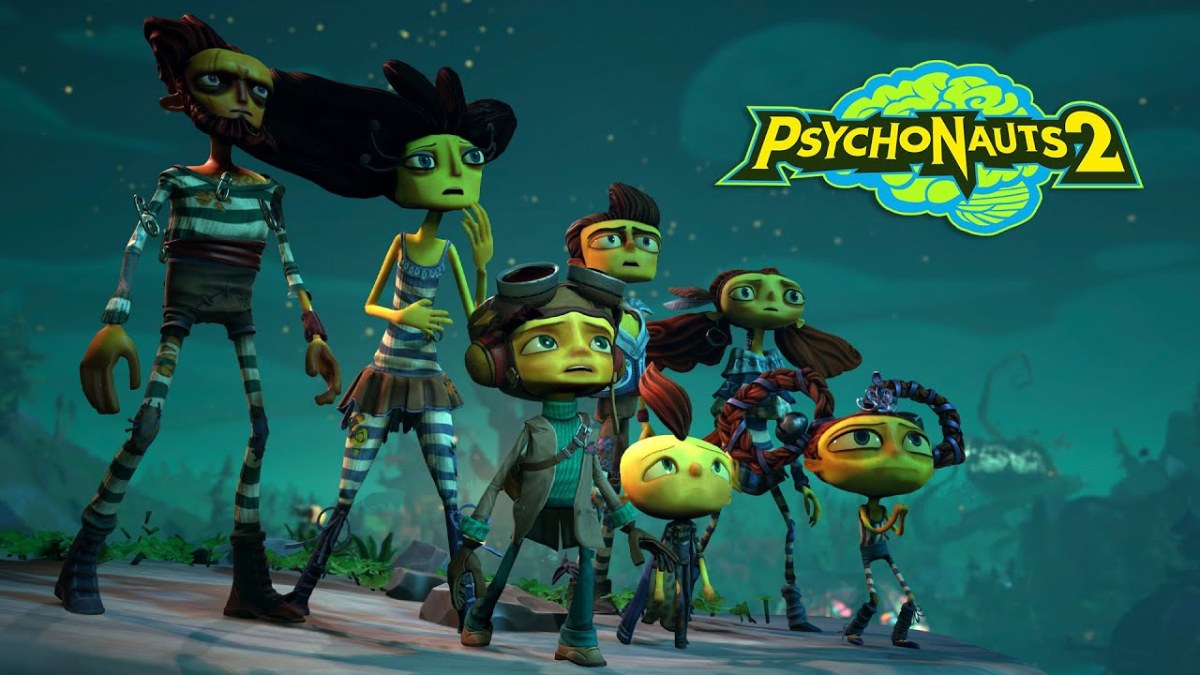 I’ve been waiting 16 freaking years for this sequel, and it ended up being everything that I hoped it would be. I’m going to gush on this one because it’s a strong contender for my personal game of the year.

Tim Schafer is an anomaly in the games industry. He came up through the ranks as a writer for classic “Lucas Arts” point and click graphical adventure games back in the day, like Tales of Monkey Island and Grim Fandango. His games always quickly stood out first because of the incredibly unique humor and sharp writing, and second because the ideas were so original and unlike anything else in the industry. So it’s no surprise that when he started his own company, Double Fine Games, the titles that came out of it would be similarly off the beaten path.

Psychonauts was released for consoles way back in 2005, and while it never set the world on fire in terms of sales, critics noticed. The idea that a 10-year-old ran away from his circus home to sneak into a summer camp for psychics had never been done before. It was smart, funny, engaging, progressive for the time, and had some of the most imaginative levels ever seen in a platformer as players jumped from one mind to the next to save the kids of the Whispering Rock Psychic Summer Camp from a nefarious plot. It was also, even by 00’s standards, a little wonky with its controls and had an unexpected, unwelcome difficulty spike in its final level. Those flaws aside, however, many marveled at just how original, engaging, and funny it was.

Fast forward to 2021 and the sequel is finally here. It’s everything good about the first game, and more.

The first Psychonauts was a master class in imagination and comedy writing. Unfortunately, it was also sometimes a cautionary tale in questionable game design. At its heart, the Pyschonauts series is a platformer, similar to the Mario games of old, but of course, in three dimensions. As you hopped into the heads of other people, Tim Schafer’s whimsy and craziness shone through in the wonderfully original level design.

Unfortunately, that imagination was occasionally hamstrung by the mechanics of the game itself. Schafer was, up to this point, mostly known for his writing in point-and-click adventure games, not action-y platformers. That inexperience came through in the occasional awkwardness and lack of tight responsiveness in the controls. The design decision to create collectibles for each level and place some of them in out-of-the-way places that demanded precision navigation sometimes pushed the controls beyond what they were capable of. This reached its nadir in the final level, where some intense precision platforming was required, while a timer counted down to demand you get things right the first time, and various enemies shot at you. Suffice to say that for many who had been enjoying Psychonauts as a balanced game up until that point, the sudden orders-of-magnitude difficulty spike shut out quite a few gamers from enjoying its satisfying ending.

That doesn’t happen here. Psychonauts 2 offers a reasonable level of difficulty on normal, and even allows players to turn on “cheats” if they like or just play the game for the story. No one’s getting shut out here and the game is a joy to play, unless you’re a hardcore gamer that only wants to play games that others can’t easily complete.

It’s obvious that Psychonauts 2 has been carefully considered for years. Every criticism of the original game has been addressed. Levels still retain a fresh, original whimsey but are now tied more closely to the personalities and neuroses of the people they center on. Controls are tighter and more responsive, though still not on the level of the most polished action games. Fortunately, however, the game also no longer has unexpected difficulty spikes that suddenly expect you to be a top-class gamer when previous levels weren’t that demanding.

What you’re left with is a relatively smooth, wonderous gaming experience, punctuated by long bouts of adventure game style dialog and that signature Tim Schafer humor. I never thought I’d see a situation where a psychic girl contentedly cooked in a kitchen while terrified wildlife assisted her like Stockholm Syndrome Snow White situation, but Tim Schafer’s lunatic imagination should never be underestimated. There’s variations on platforming, incredibly diverse level design and art direction, including rock/psychedelic levels that may be new all-time favorite, and, perhaps most surprising of all, a clever, insightful, non-stop barrage of humor that is sharp, but never cruel.

Psychonauts 2 is an easy recommendation for anyone that wants an original platformer experience, an unusual game experience that involves jumping into the minds of other people, or a well-written, interactive comedy. This is easily the funniest game of 2021, and it’s not even close. There’s so much to love about this game.